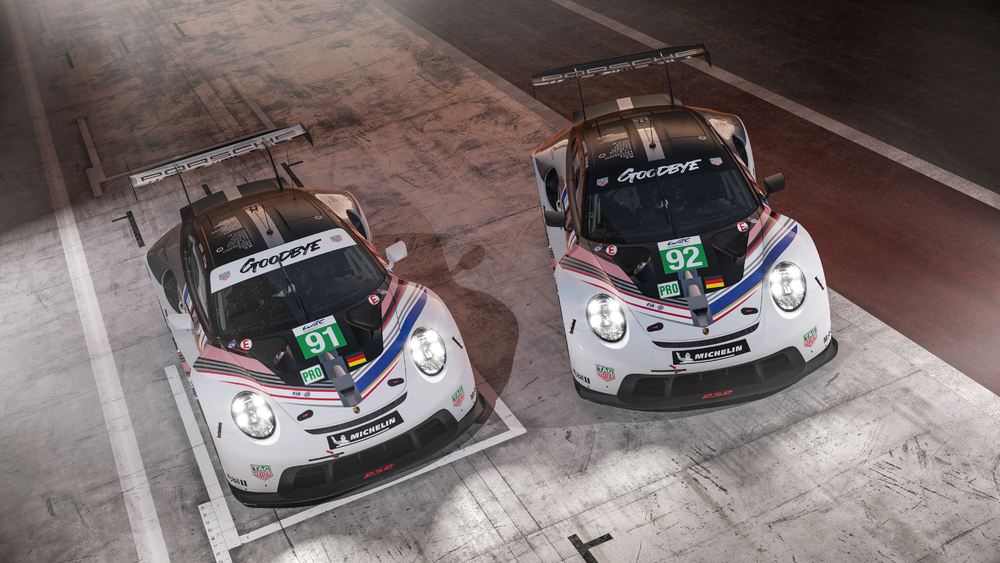 Special Livery, Porsche 911 RSR, Porsche GT Team (#91), Gianmaria Bruni (I), Richard Lietz (A); Porsche GT Team (#92), Kevin Estre (F), Michael Christensen (DK)
Porsche is determined to win both the manufacturer’s and drivers’ titles in the GTE-Pro class at the final round of the 2022 FIA World Endurance Championship. Due to the longer race duration of eight hours in Bahrain, victory will be rewarded with 38 points instead of the usual 25 points. This makes the world championship calculation easy: If one of the two factory-run Porsche 911 RSR wins the race and the second car crosses the finish line, Porsche will take home the manufacturer’s crown. If the No. 92 car achieves pole position and finishes the final race in first place, Kévin Estre (France) and Michael Christensen (Denmark) will secure the drivers’ title for the second time since 2018/2019.
Stuttgart. Gianmaria Bruni still has a chance of winning the drivers’ championship in the No. 91 Porsche 911 RSR: The Italian is just 14 points shy of the leaders in the overall standings. His teammate Richard Lietz from Austria is out of contention for the title after missing the Monza race due to ill health and losing the chance to earn points. The race in Bahrain is also the works team’s final event with the RSR. The two factory nine-elevens will be decked out in a unique design, which highlights the great successes, the drivers, the venues and the special liveries of the past ten years. In the GTE-Am class, three customer squads field five of the ca. 378 kW (515 PS) 911 RSR.

“The teams, the drivers and everyone involved at Porsche Motorsport are highly motivated. The GTE-Pro class has been hotly contested for years, and now at the very last race, everything is at stake in this category,” says Thomas Laudenbach, describing the suspense ahead of the season finale in Bahrain. The Vice President of Porsche Motorsport adds: “We still have a score to settle in Bahrain. Last year we were robbed of the title here in the final laps of the season through no fault of our own. We are determined to turn the tables this year and leave the stage with this works team as world champions. Winning the manufacturer’s and drivers’ titles would be the icing on the cake after ten years with the works team’s 911 RSR.”

“We’re witnessing the end of an era in Porsche factory motorsport in Bahrain. We’re very aware of this fact and that motivates the team to do their absolute best,” explains Alexander Stehlig, Director Factory Motorsport FIA WEC. “We’d like to clinch another one-two result and take home the big trophies for winning the world championship titles. However, it’ll be a tough race for us. We don’t want a repeat of what happened to us last year when we missed out on the title in the last few metres. The previous two races in Monza and Fuji have made one thing clear: the competition has not been balanced. We hope that the FIA also recognises this and adjusts the balance of performance accordingly for the final round. If this is the case, then we’re facing an exciting, very intense and tough eight-hour race on a demanding circuit.”

The race
The FIA WEC was first contested on the 5.412-kilometre Bahrain International Circuit close to the capital Manama in its 2012 inaugural season. The only time the endurance race was not held in Sakhir was in the 2018/2019 season. High daytime temperatures, falling temperatures at dusk and fine sand at times covering the asphalt make the race a huge challenge for teams, engineers and drivers. Tyre wear is a major consideration on the Grand Prix circuit with its 15 turns. A consistent pace over a full stint is regarded as the key to success. For the eight-hour race in Bahrain, points will be multiplied by a factor of 1.5 and rounded up (38-27-23-18-15-12-9-6-3-2). Moreover, achieving pole position with the fastest qualifying lap yields an extra point towards the world championship.

The Porsche GT Team drivers
The two Le Mans class winners Gianmaria Bruni from Italy and Richard Lietz from Austria join forces in the ca. 378 kW (515 PS) Porsche 911 RSR with the starting number 91. The Italian currently ranks third in the drivers’ championship, with his Austrian teammate in fourth. Their brand colleagues Kévin Estre from France and Michael Christensen from Denmark rank second in the overall standings. The two drivers in the No. 92 cockpit won the 2022 season-opening round in Sebring (USA). Porsche sits just one point behind the leader in the manufacturer’s classification.

The customer teams
Dempsey-Proton Racing runs two Porsche 911 RSR racers at the WEC round in Bahrain. Team owner Christian Ried (Germany) shares driving duties in the No. 77 car with the two British racing drivers Harry Tincknell and Sebastian Priaulx. The No. 88 sister car is shared by Americans Fred Poordad and Patrick Lindsey with support from Belgium’s Jan Heylen.

The No. 46 entry of Project 1 is driven by Switzerland’s Nicolas Leutwiler, Mikkel Pedersen from Denmark and Italy’s Matteo Cairoli. Americans Gunnar Jeannette and PJ Hyett join forces in the No. 56 car fielded by the German customer team with Ben Barnicoat from the UK. GR Racing’s No. 86 car is helmed by the British drivers Michael Wainwright and Ben Barker as well as Riccardo Pera from Italy.

Drivers’ comments before the race
Richard Lietz (Porsche 911 RSR #91): “For me, three factors are particularly important – the classification of the cars, the determination of the team and the approach the drivers take in the GTE-Pro class. The BoP could be changed again for the final race of the season. That would mean we’ve had a different classification for every single race throughout the year, even though the cars haven’t changed since last year. In the 911 RSR’s final pro-category race, we want to put everything on the line again. Motivation is at an all-time high. Once again, it’s all or nothing.”

Gianmaria Bruni (Porsche 911 RSR #91): “First and foremost, our main goal is to win the manufacturer’s championship. For me, there’s only a driver’s title in the running if our No. 91 wins and Ferrari’s No. 51 finishes no higher than third. But I won’t think about that until we’ve secured the championship for Porsche. In Bahrain, we’re facing an eight-hour race in which more points are up for grabs than in the normal six-hour races. So anything is possible. Regardless of the result on Saturday, we’ll see a lot of sad faces because the GTE-Pro class will be history. The intense battle between manufacturers with these fantastic GT race cars was always sensational. From 2023, there will be a new top class, in which Porsche will be represented by the LMDh prototype 963. So we can look forward to that.”

Kévin Estre (Porsche 911 RSR #92): “It’ll definitely be highly emotional in Bahrain. It’s the final race for the Porsche 911 RSR in the GTE-Pro class – and we’re competing with a very cool design. I’ve won the biggest titles of my career so far with this car and in this category. In 2018 we won our class at Le Mans and at the end of that season we took home all world championship titles. That was mega. This year we still have the chance to repeat that triumph. Of course, that possibility is hugely motivating. We’re also seeking retribution for 2021. We’re ready! Hopefully, the BoP decision will enable us to perform accordingly.”

Michael Christensen (Porsche 911 RSR #92): “It will be an enormously important race for our entire team. We want to win, score maximum points and, at best, achieve both world championship titles. We’ll be preparing meticulously for the challenges ahead and hope that we can now turn the tables on last year. That’s our biggest driving force. At the same time, we’re aware that we’re facing a major task. Nevertheless, anything is possible. The most important thing is that we always stay cool in the heat of the moment.” 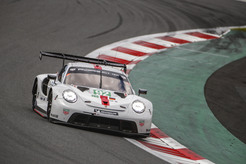 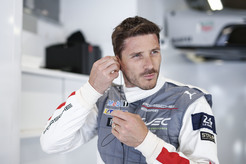