“The Porsche Taycan convinced me that electric cars are the future” 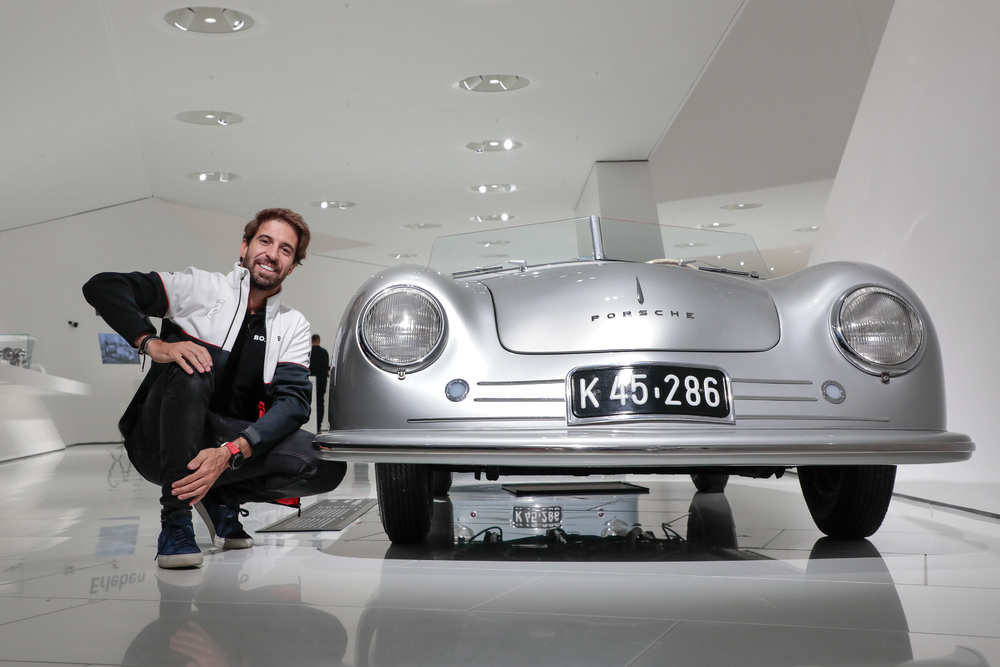 The world of Porsche in one day: António Félix da Costa, the new Formula E Porsche works driver, visited the main Porsche production plant of the 911 and Taycan models in Stuttgart-Zuffenhausen before visiting the Porsche Museum. “I’ve always wanted to race for the brand and be a part of Porsche history,” he said as he left the museum. “This desire is even bigger today.”
Stuttgart. António Félix da Costa lives in Cascais on the outskirts of Lisbon. He drives a Porsche Taycan and uses the fully electric sports car to get around the Portuguese capital and beyond. On the way to the Taycan factory, during his visit to Zuffenhausen, he spoke passionately about an exciting 700-kilometre trip that he took a few days ago. “I always knew that electric cars are the future, but this trip totally convinced me,” he said. “It’s great that Porsche is building such cars. The Taycan combines performance and efficiency in a beautiful design. And it has all the Porsche DNA.”

This made the Portuguese racing driver all the more curious to witness how the Taycan is built in the factory. “I was deeply impressed by the professionalism and love everyone working there,” he said. “It’s a pure reflection of the Porsche brand.” In the 911 factory, he found it particularly remarkable that road and racing cars are produced at the same plant. “The close connection between series and motorsport production is definitely one of the secrets of Porsche’s success.”

António Félix da Costa’s visit to Stuttgart was a great opportunity to “get to know the roots of the brand and learn more about Porsche.” Taking a 1985 Porsche Carrera Clubsport from the Porsche Museum for a quick spin also left an impression. It was a journey through the history of the sports car manufacturer, starting with the electric car Egger-Lohner C.2 Phaeton, the oldest existing construction, Ferdinand Porsche worked at. Da Costa was particularly taken with the Le Mans cars, from the first models to the 919 Hybrid, with which he has shared racetracks “but in a different class,” he says with a grin. During his tour, he was in awe of “all the impressive and incredible racing cars here. They’ve all left their mark on our sport. An incredible heritage,” he said, clearly impressed.

Towards the end of his journey through the past, the 2019/2020 season Formula E champion looked ahead to the upcoming Formula E season. He is now working intensively with the team on further developing the new Porsche 99X Electric Gen3 in preparation for season 9 of the ABB FIA Formula E World Championship. His first race for Porsche will be the Mexico City E-Prix on 14 January 2023. “I can hardly wait,” he said. “The team is working hard to ensure that we have a successful start into the new season.” António Félix da Costa: "The Porsche Taycan convinced me that electric cars are the future" 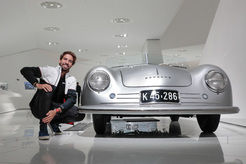 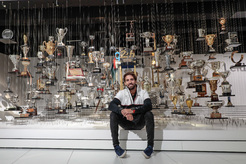 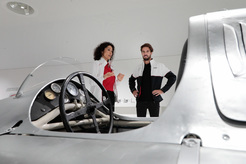 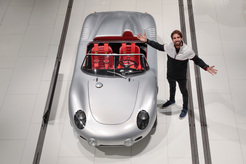 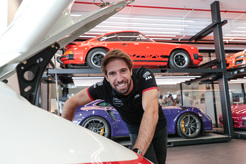 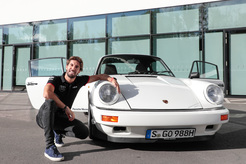 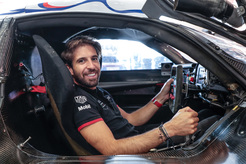 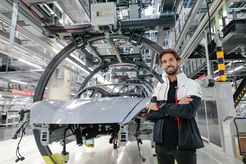