40 years of Group C – a reunion in Leipzig 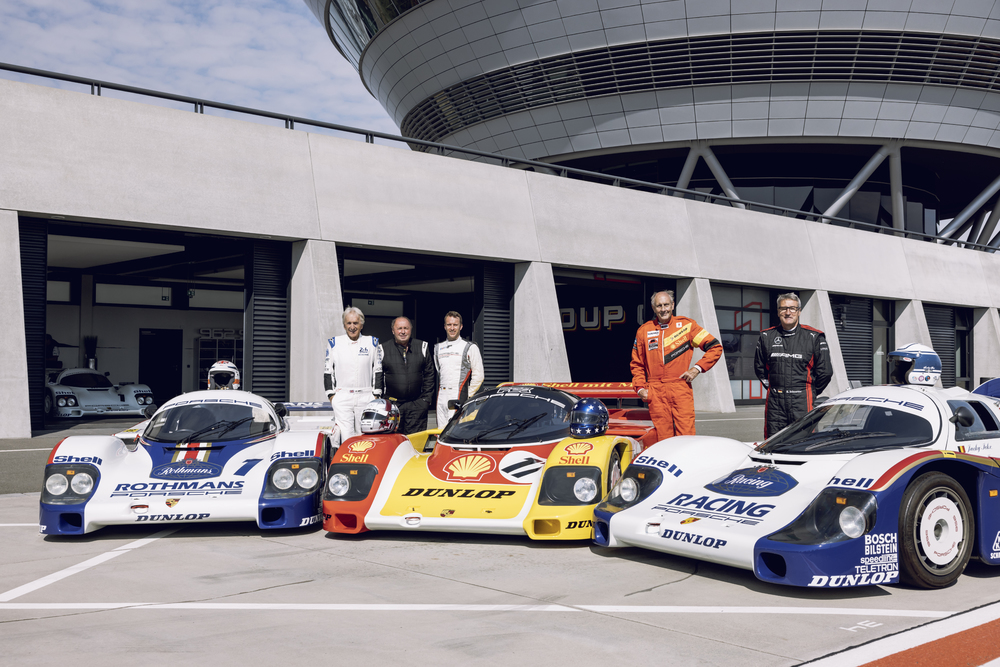 With the introduction of the Group C sports car class for the World Endurance Championship from 1982 and the new complex fuel consumption rules, Porsche sees the opportunity to build an innovative racing car: Looking back, the Porsche 956, a "race car of the century," is born in 1981. The objective is not only to participate in the demanding World Sports Car Championship, but also, from 1984, in the U.S. IMSA series and other series that allow Group C vehicles to participate. In a development period of just nine months, a guarantee of success is created by the time of the first race in Silverstone in 1982, which in the following years turns out to be Porsche's most successful racing car of all time.
Stuttgart/ Leipzig. Derek Bell is now 81 years old, but when the lean Brit climbs into ‘his’ Porsche 956, he cuts as elegant a figure as ever. Yet while 40 years ago it seemed like he was simply doing his job, today he concedes: “We worked like crazy.” By ‘we’, he means all the racing drivers who drove the ‘supercar’ Porsche 956/962 models at racing speeds – although for today’s purposes, he’s thinking particularly of Jochen Mass, Hans-Joachim Stuck and Bernd Schneider. They all came to Leipzig to share their very special personal recollections of the most successful Porsche racing car of all time. It was 40 years ago that the Group C era began.

At the Porsche Experience Centre in Leipzig, Bell and his colleagues encountered the winning car from the 1982 24 Hours of Le Mans with chassis number 956-002. Also present was the 956 with chassis number 956-005, which won the 1,000-kilometre races at the Nürburgring and Spa, among other triumphs. This racing car was fully restored by the Porsche Museum and returned to its 1983 livery. These cars were also joined by the IMSA-spec 962 from 1984, which posted the fastest qualifying time in Daytona, and the 962 C that won the Supercup in 1987, both of which had also been restored to their original glory. Beside them was the 962 C with the starting number 17, the Le Mans winner in 1987. Also present was the youngest representative of Group C, the fourth-place finisher at Le Mans in 1990: the 962 C with chassis number 962-015, from the Joest customer team.

The reunion was also attended by then-test engineer Helmut Schmid and – joining by video – Norbert Singer, the head of the project and metaphorical father of the legendary car. Such an assembly of experts and stars needed a host who can meet them on an equal footing – in this case Timo Bernhard, the Le Mans winner in 2010 with AUDI and 2017 and two-time World Endurance Championship winner with Porsche. “The 956 is the most successful racing car in the history of Porsche. It dominated everyone. And it remained a winner for an unbelievable 12 years,” he said to kick things off. The 956 was unbeaten at Le Mans from 1982 to 1985, and this success was seamlessly continued by its successor, the 962 C, which took first place in the 24-hour race at the Circuit de la Sarthe in 1986 and 1987.

40 Years of Group on Social Media:
#40YGroupC on Instagram

40 years of Group C - a reunion in Leipzig

In a 16-minute film, former race drivers and race engineers look back on the Group C era. This video can also be experienced via YouTube: https://youtu.be/Zos71IXAmU4 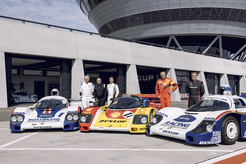 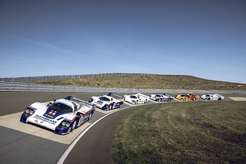 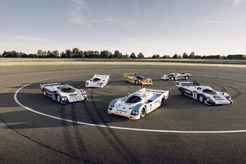 Porsche looks back on 40 years of Group C. 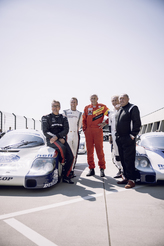 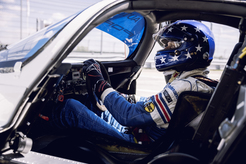 Ready for some laps: Hans-Joachim Stuck. 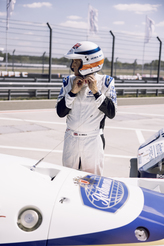 Derek Bell prepares for his driving. 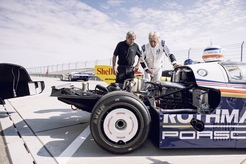 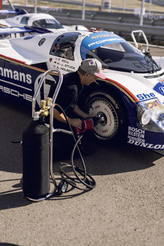 S22_3918: The fact that the cars can even still be driven in this fashion is thanks to the Historic Motorsport team in the Porsche Heritage and Museum department (here Traugott Brecht).
2022-10-20

The fact that the cars can even still be driven in this fashion is thanks to the Historic Motorsport team in the Porsche Heritage and Museum department (here Traugott Brecht). 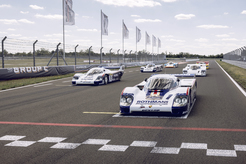 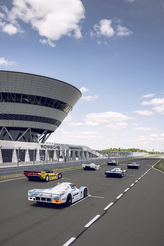 Ready for some laps on the circuit in Leipzig. 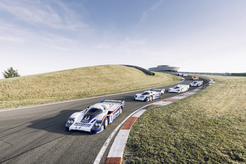 The Group C race formation winds its way around the Laguna Seca. 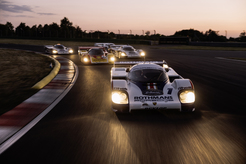 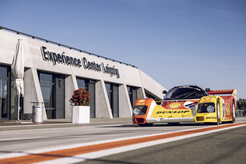 The Porsche Heritage and Museum team brought its Group C racing cars together once again in Leipzig. 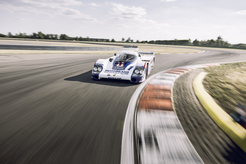 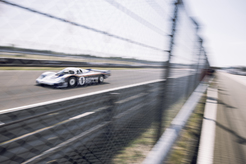 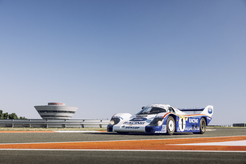 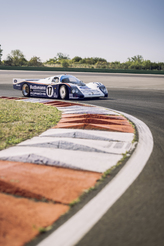 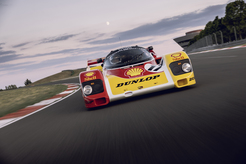 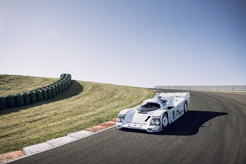 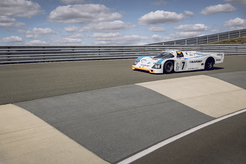 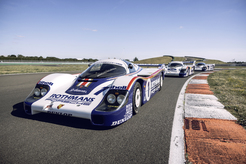 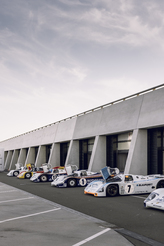 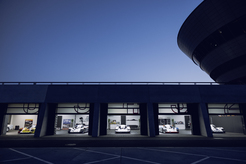