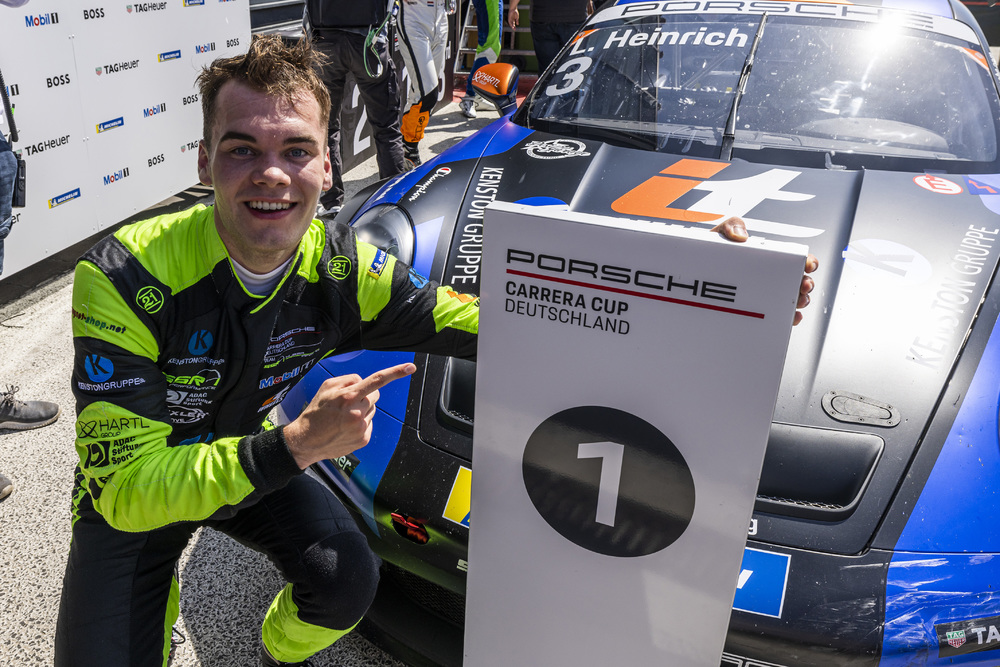 Stuttgart. The Hockenheimring Baden-Württemberg hosts the season finale of the Porsche Carrera Cup Deutschland from 21 to 23 October. Laurin Heinrich travels to the eighth and final race weekend full of confidence: At the penultimate round on the Sachsenring, the youngster from SSR Huber Racing claimed the crown in the one-make cup. This makes the 21-year-old Porsche Junior the first driver in seven years to take home the championship title before the final weekend. In an interview, the racer from Würzburg talks about the first moments after crossing the finish line, the support from former Porsche works driver Wolf Henzler and his motorsport-crazy family. Heinrich also explains what he means by the term “hybrid-racer” and the rituals he practices at each race.

Laurin, you’re the new champion of the Porsche Carrera Cup Deutschland. How does that feel?
It feels amazing to be the new champion. When I saw my team cheering at the pit wall at the finish line, it was an indescribably wonderful moment. Even the fans in the grandstands at the Sachsenring applauded me during my cool-down lap. Crazy!

What are the most memorable moments of the season?
Definitely my two victories at the season opener at Spa-Francorchamps, that’s where it all started. And Spa is also one of my all-time favourite racetracks. Cars flying through Eau Rouge and Raidillon are simply a highlight of the season. And I have fond memories of the race weekend at the Red Bull Ring. Not just because I won there, but because all three of us SSR Huber Racing drivers ended up on the podium. That was a huge victory for Christoph Huber and the team. And then there was the big anniversary at the Lausitzring with the 100th Carrera Cup race for Huber Racing.

You’ve stayed at the top of the standings since race one. How did you manage to maintain your focus throughout the season?
The first two years in the Porsche Carrera Cup showed me that anyone can beat anyone. That’s why I didn’t expect to clinch the title at the Sachsenring. Six wins and five podiums with my Huber Racing family, it’s phenomenal. As the champion, it’s a great feeling to follow in the footsteps of so many motor racing legends like Timo Bernhard. He won the Carrera Cup in 2001.

This title isn’t your first in a Porsche racing series. When did you first sit in a Porsche?
That was in 2019 in the Porsche Sports Cup Deutschland. I wanted to use the year to familiarise with the Porsche 911 GT3 Cup as well as I could. At the end of the season, I was crowned champion of the Porsche Super Sports Cup. That was an incredible year. What’s more, I competed in the predecessor model to the current Cup car, which was a disadvantage. A year later I also managed to win the title in the Porsche Endurance Challenge.

You also demonstrated your prowess straight away in the Porsche Carrera Cup Deutschland. How do you explain that?
For the first two years, I was part of the Porsche Carrera Cup talent pool squad and received great support from my coach Wolf Henzler. He helped me – especially how to handle unfamiliar situations. For example, I lacked experience in rain races. Wolf gave me valuable tips, such as where to expect wet patches on the track and how to best cool the tyres on a drying track.

Your father Harald is always by your side. How important is that for you?
My father comes to almost every race weekend. He’s always believed in me and never hesitates to lend a hand himself. When I was a kart driver, my dad was the mechanic, and in ADAC Formula 4 he was responsible for the organisation of our private team. My mother and sister also come to the racetrack often. You could say that I come from a family of motorsport fanatics.

Even away from the racetrack, your life revolves around motorsport. You describe yourself as a “hybrid racer”. What does that term mean?
It means that I don’t only race on real racetracks, but also compete for victories and championships virtually at a professional level. In these series, I contest virtual endurance classics like the 24 Hours of Le Mans or the 24-hour race at the Nürburgring. This year, for example, I’m competing for the Porsche Coanda Esports Racing Team in the Le Mans Virtual Series. There aren’t many drivers who do both at a professional level, so I see myself as a sort of pioneer in combining virtual and real motorsport.

Do you prepare virtually for the real races, too?
That depends on what I want to train for. If it’s an unfamiliar track, I’ll prepare intensively in the simulator. That way I can gain experience on the racetrack long before the actual event. The Nordschleife, for example, is a very long track. Race simulators are perfect for learning the circuit inside and out. It’s a great tool to ensure you don’t have to start from scratch. Plus, training in the simulator also pays off on demanding tracks like Imola.

What are the differences between esports and real motor racing?
In esports, a vehicle never behaves exactly like a real car. In real motorsports, there are factors such as sand on the track or component wear. That said, the tracks are very close to reality, you feel every bump in the digital version.

Is there a surprising fact about you?
Perhaps that I’m very superstitious. For example, before a race, I always put my left glove on first, or when I climb stairs, I always take the first step with my left foot. Although, that might have something to do with the fact that I’m left-handed.

What dreams do you have for your future?
First of all, the title is a huge step and hopefully a success that can open one or two doors for me. I recently fulfilled a dream: I was at the season finale of the Porsche Carrera Cup North America on the legendary Road Atlanta and got to race in the USA for the first time. My summer vacation in Los Angeles a few years ago made me a big fan of the American lifestyle.


Further information, film and photo material in the Porsche Newsroom: newsroom.porsche.de
The Twitter channel @PorscheRaces provides live updates from Porsche Motorsport with the latest information and photos from racetracks around the world. 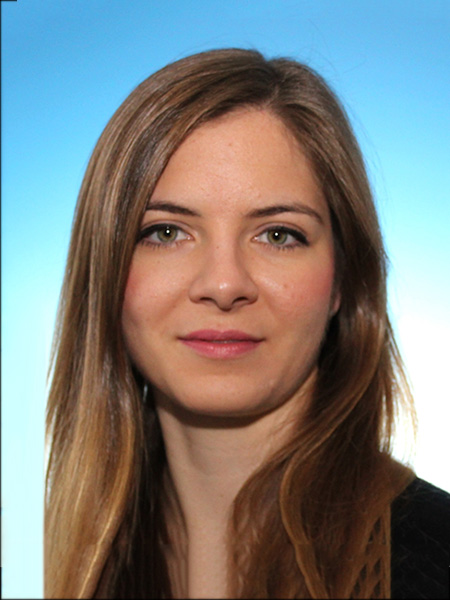 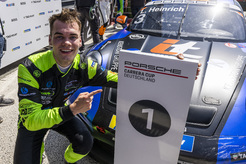 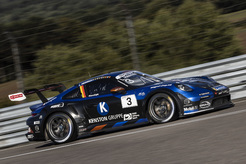 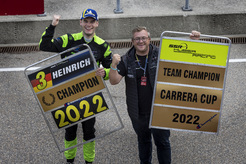 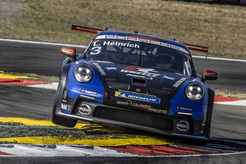 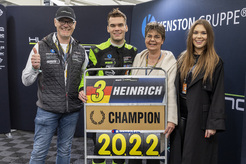 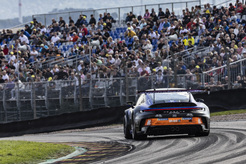 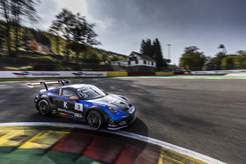 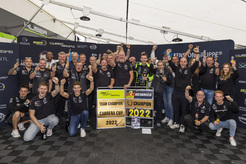 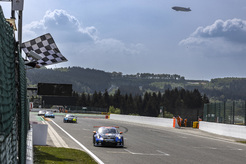 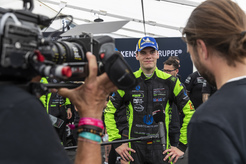 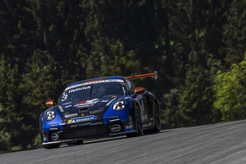 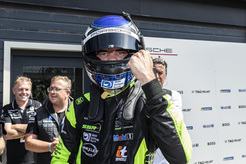 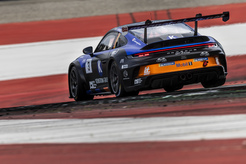 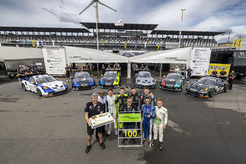 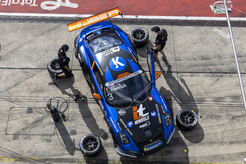 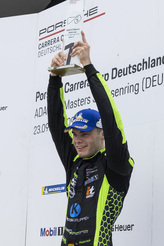 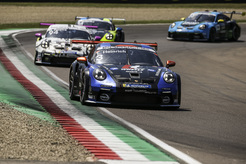 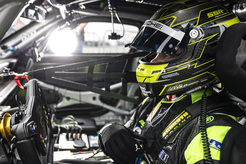 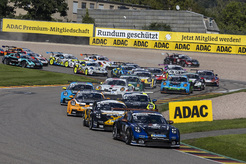 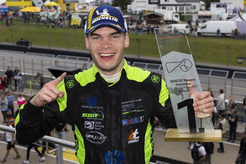 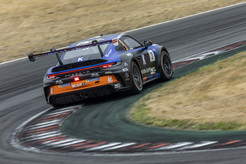 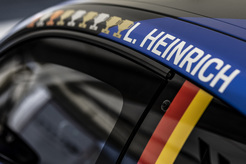 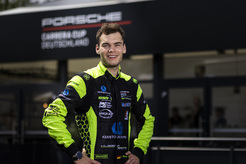 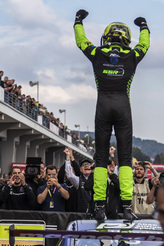 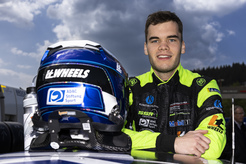