Stuttgart. In response to the postponement of real-life races, the Porsche Carrera Cup Deutschland is moving the action online: On Saturday, 6 June, the national one-make cup will contest the “Porsche Esports Carrera Cup Deutschland – Race at Home”. A total of 24 drivers will tackle two 30-minute races on the digital version of the Autodrom Most (Czech Republic). The virtual 485 hp Porsche 911 GT3 Cup with the starting number 20 is helmed by a well-known professional: Timo Bernhard (Germany), Porsche ambassador and two-time overall winner of the Le Mans 24 Hours, also contests the event on the RaceRoom simulation platform.

“With the ‘Race at Home’, we’re further expanding our esports activities and underlining the significant role that digital motorsport plays for us in the Porsche Carrera Cup Deutschland. We’ve been active in this area since last year and I’m looking forward to two gripping races. The field is made up of experienced sim racers and hungry newcomers. I’m particularly pleased to have Timo Bernhard join the grid. He has enjoyed a stellar career and is now contesting virtual motor racing with us,” says Hurui Issak, Project Manager of the Porsche Carrera Cup Deutschland.

The Autodrom Most stretches over 4.212 kilometres and features 21 corners. Prior to the two races, a free practice (35 minutes), and a 15-minute qualifying session are on the programme. The top three from both races receive credits towards the entry fee for the real Porsche Carrera Cup Deutschland season. Prize money totalling 15,000 Euros is up for grabs.

Timo Bernhard climbs into the virtual cockpit of a Cup car as a VIP driver. The 39-year-old has won the FIA World Endurance Championship (WEC) twice, is the two-time overall winner of the Le Mans 24 Hours and, with five overall victories at the Nürburgring 24-hour race, is one of the most successful sports car drivers of all time. Today, the Porsche ambassador is active in motor racing as the owner of the Team75 Bernhard. The racing squad contests the ADAC GT Masters, the ADAC GT4 Germany, as well as selected endurance events and kart races. “Those who have followed my active racing career know that I’m always open to new things and I love to take on new challenges. I haven’t had a lot of experience with sim racing, but that’s why I’m now taking part in the Porsche Esports Carrera Cup Deutschland. I look forward to some entertaining race action,” says Bernhard.

Sport1 broadcasts the event on the simulation platform RaceRoom, which is also used for the esports races of the ADAC GT Masters and the DTM. The German TV station airs the Porsche Esports Carrera Cup Deutschland “Race at Home” live on Saturday from 2.30pm (CEST) on www.sport1.de. Moreover, Sport1 televises a comprehensive report on the digital event in its highlight magazine on Sunday (7 June, 11pm CEST). 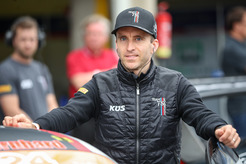 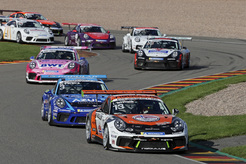